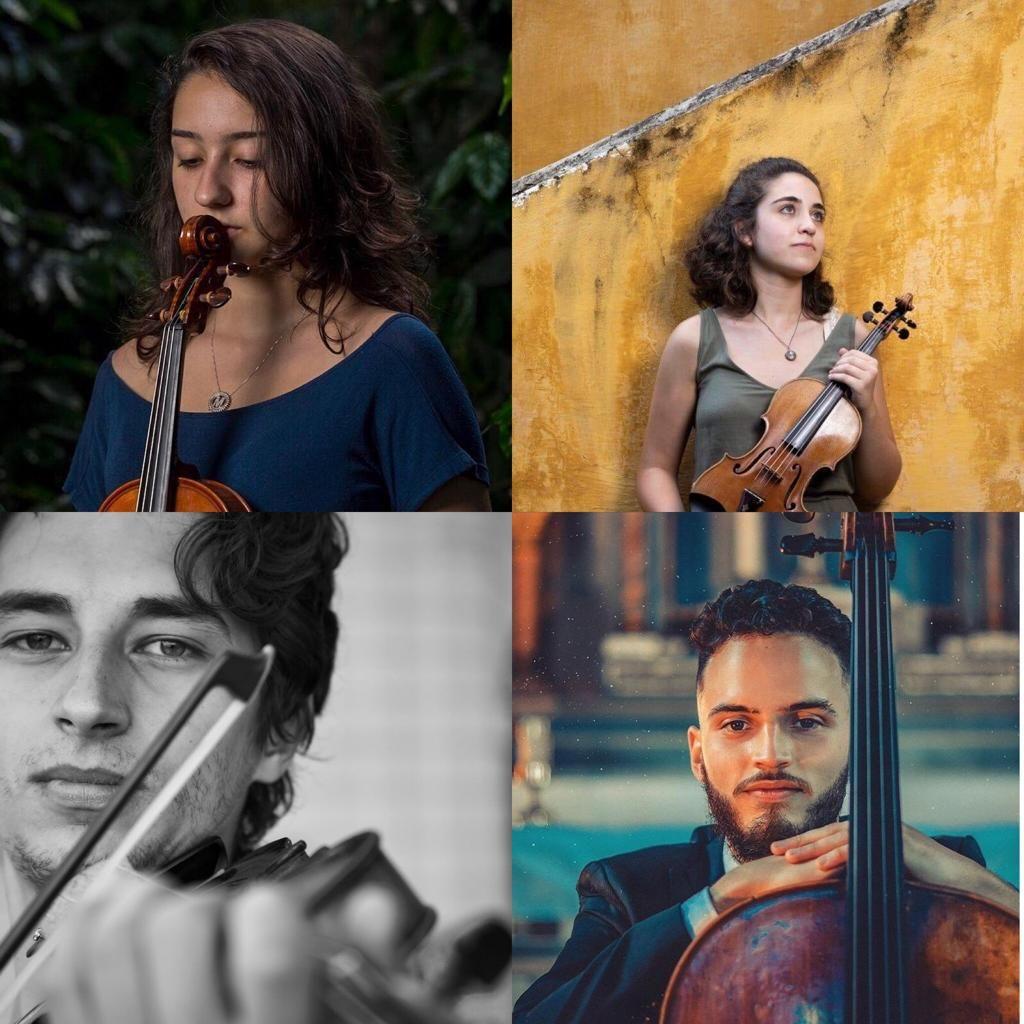 Marina Caputo (violin), 19 years old. Has started her studies at the age of 10 in Brazil. Has played in many orchestras and participated in several festivals and competitions in Brazil. In 2019, has won a scholarship to study in the Ecole Normale de Musique de Paris where pursued her studies with Annick Roussin. After graduating with honorable mentions from the jury, came to Vienna to start her bachelor at MUK under the orientation of Professor Henja Semmler.

Maria Júlia Segura (violin), 20. Was born in São Paulo, Brazil.
Started her studies at 7 and passed through several orchestras and festivals in Brazil and was awarded in important competitions.
In October of 2020, started her studies at Universität Mozarteum Salzburg under the orientation of Professor Esther Hoppe.
In the future, she intends to keep making Chamber Music projects like this with dear friends, and share the knowledge acquired with as many music students as possible.

Gustavo Lennertz (viola) was born in São Paulo – Brazil; 22 years old and studying at MUK (Musik und Kunst Privatuniversität der Stadt Wien)
Gustavo started studying music with his father. In Brazil he played in several orchestras and was awarded in important competitions.
He has also always worked with chamber music creating projects and organizing concerts.
Now he is finishing his first year of studies in Vienna and intends, in the future, to share his knowledge by increasing this Brazil/Europe bridge.

Santo Scala(Cello), 20 years old, was born in Trujillo, Venezuela , he started his studies in a social project called “El Sistema”, quickly Santo reached an advanced level and moved to the Capital, Caracas, where he joined the Sinfónica Simon Bolívar In 2020 he arrives in Brazil to participate in the Ilumina festival and this year as a teacher at the AIM Ilumina in Salzburg. Currently he will continue his studies at KUG -Kunstuniversität Graz where he currently is oriented by Julian Arp